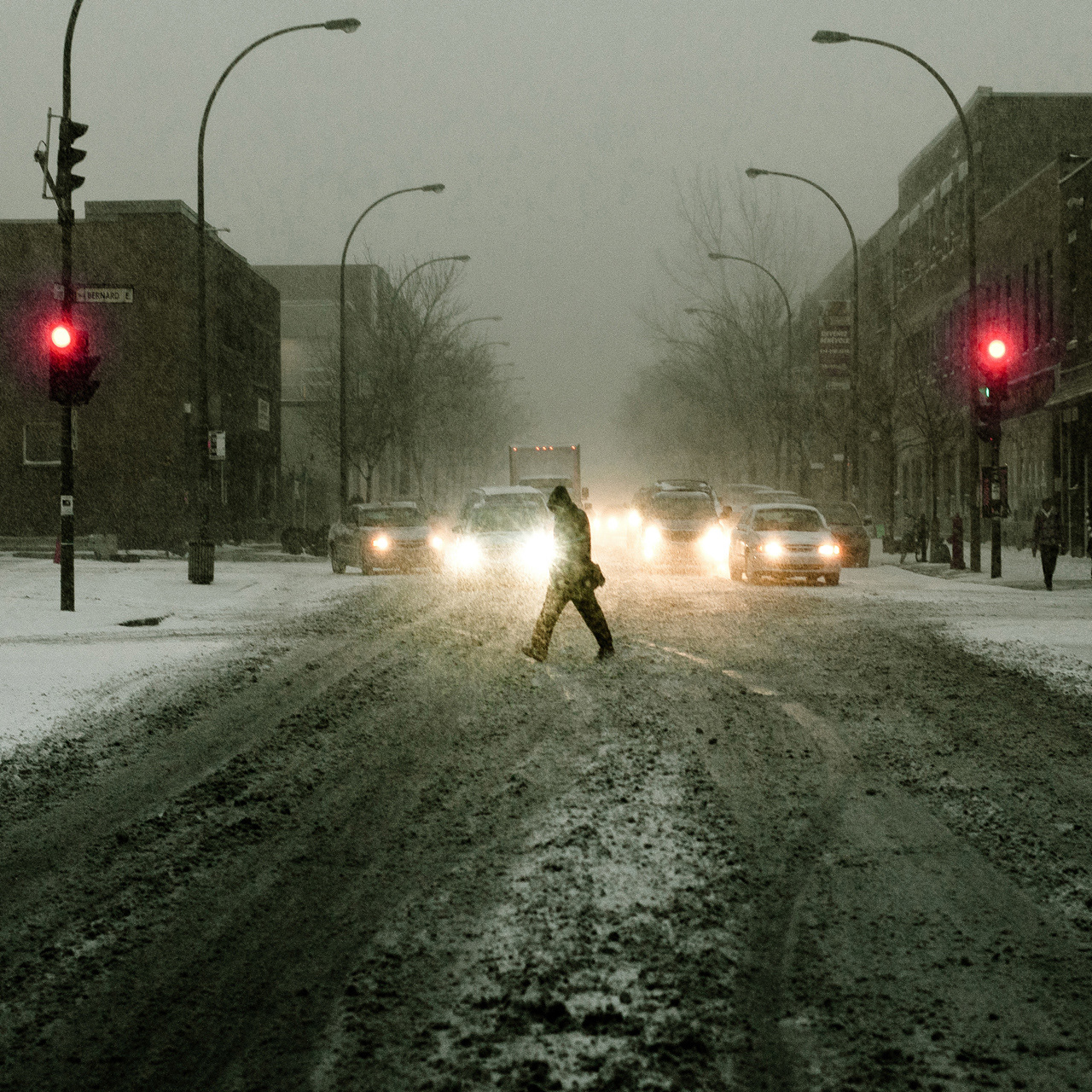 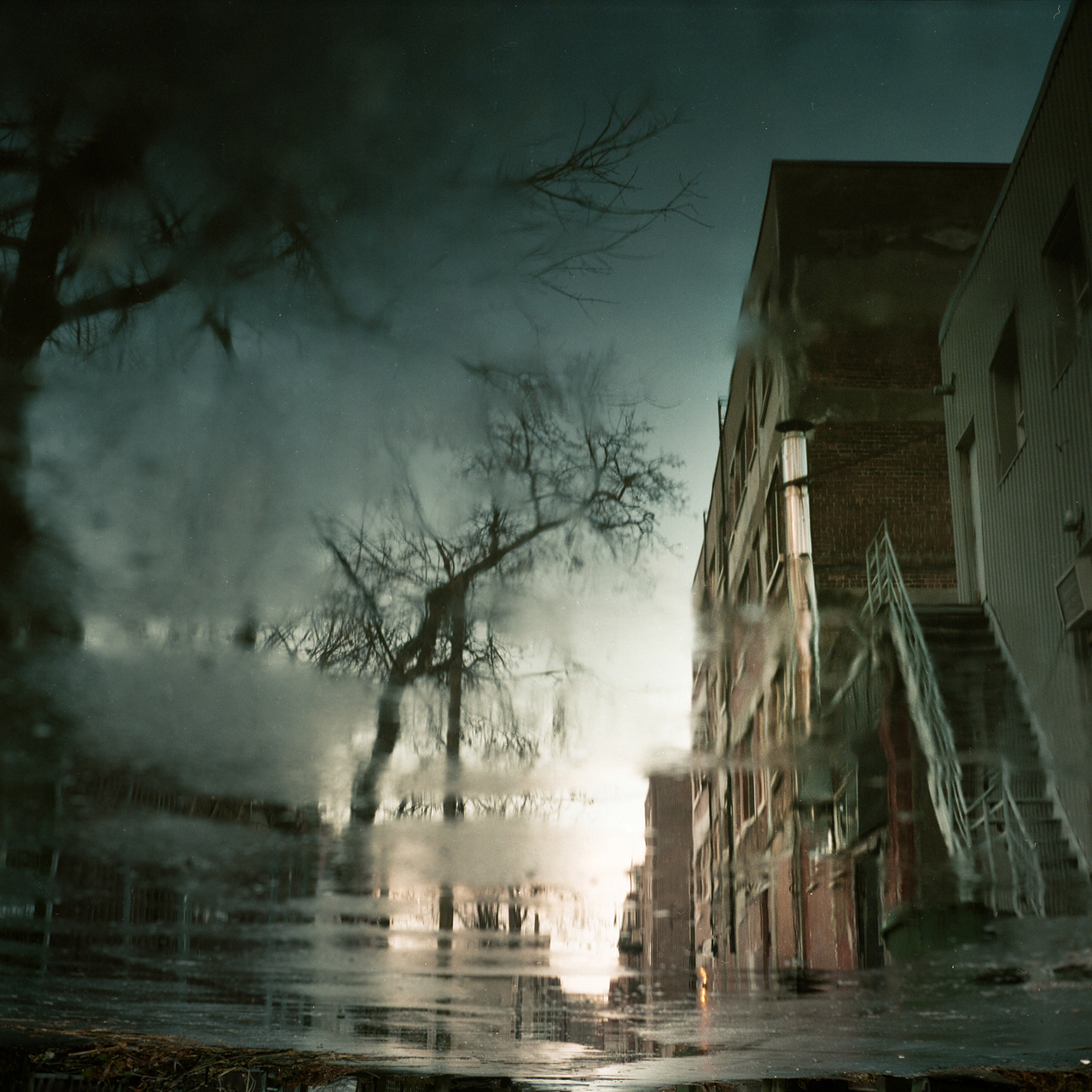 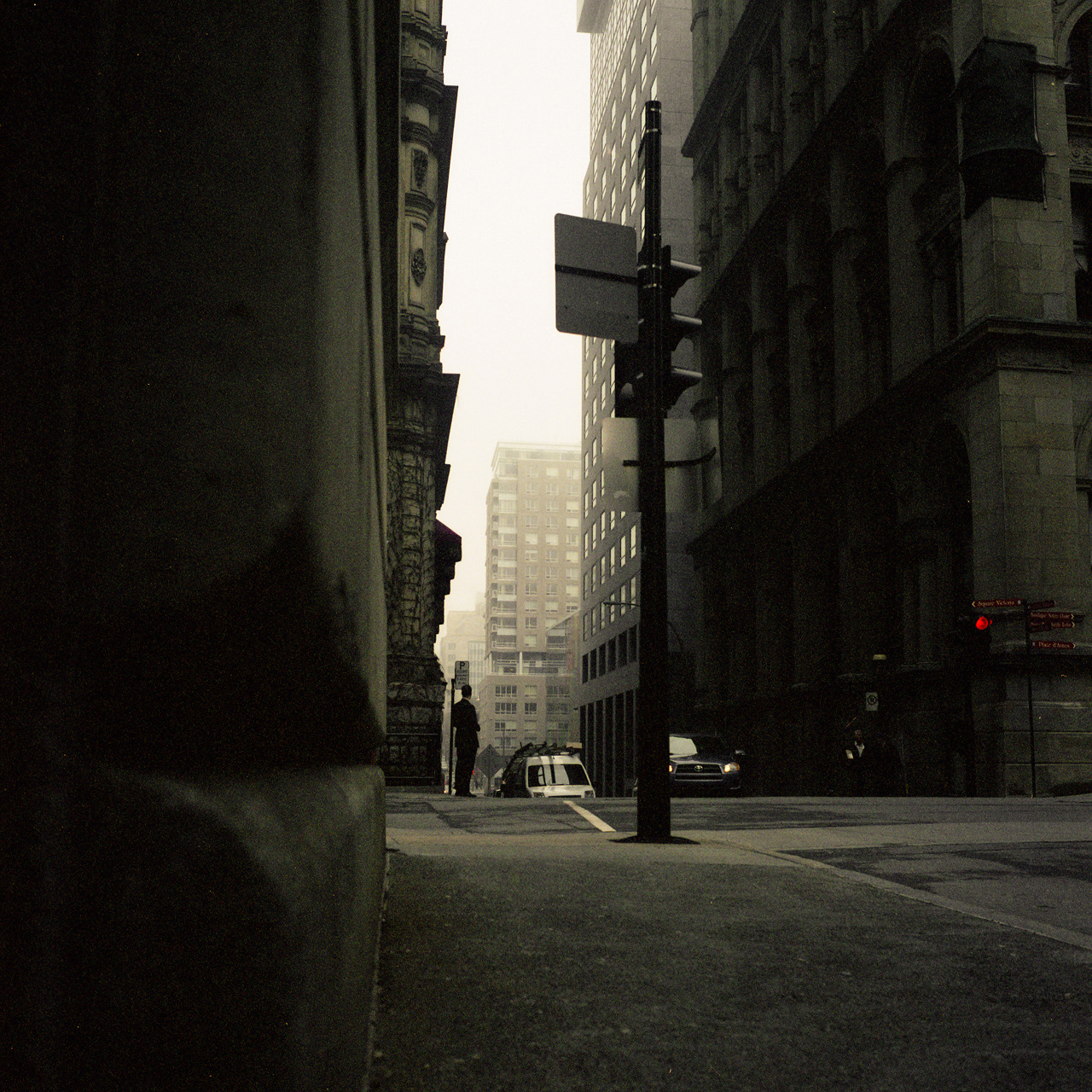 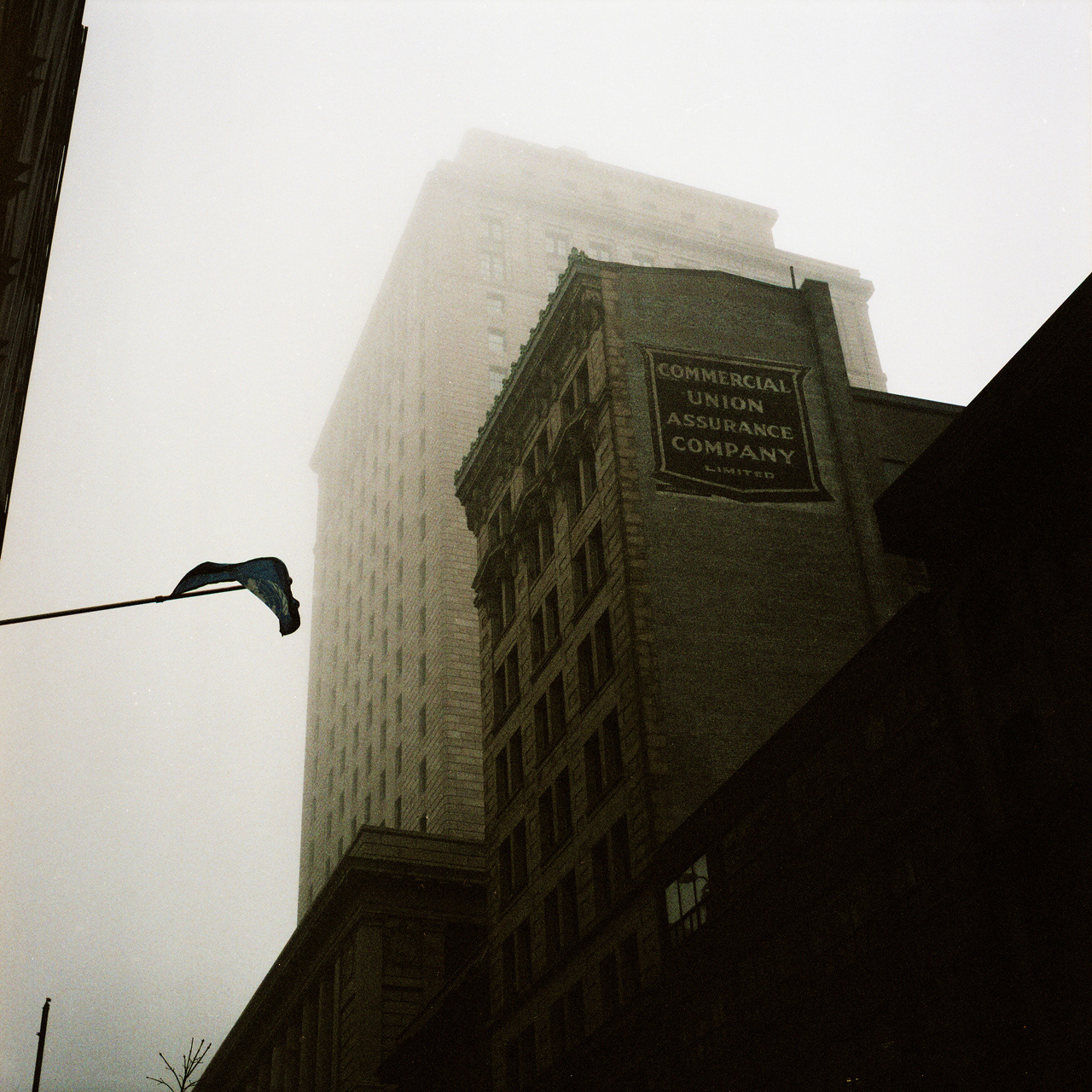 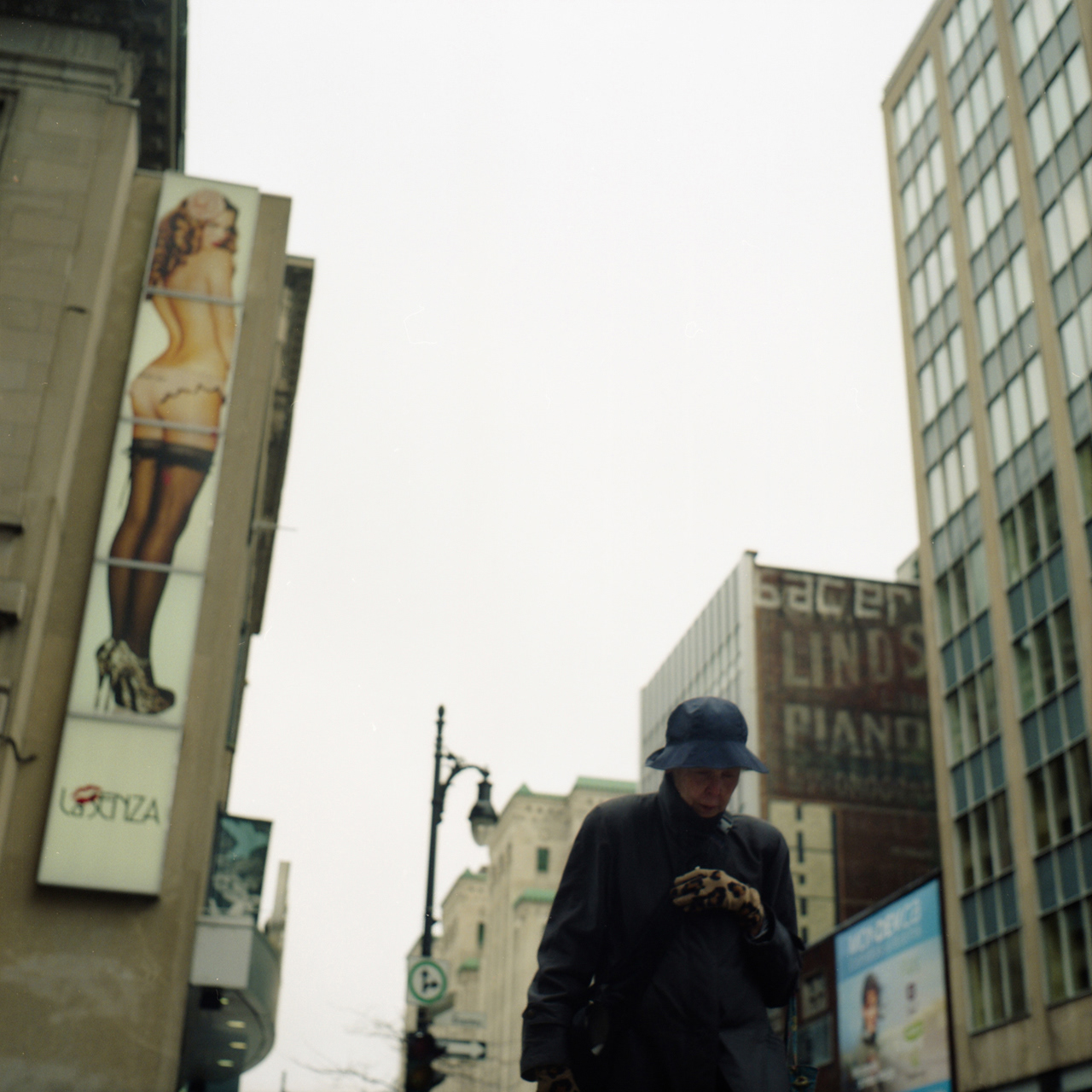 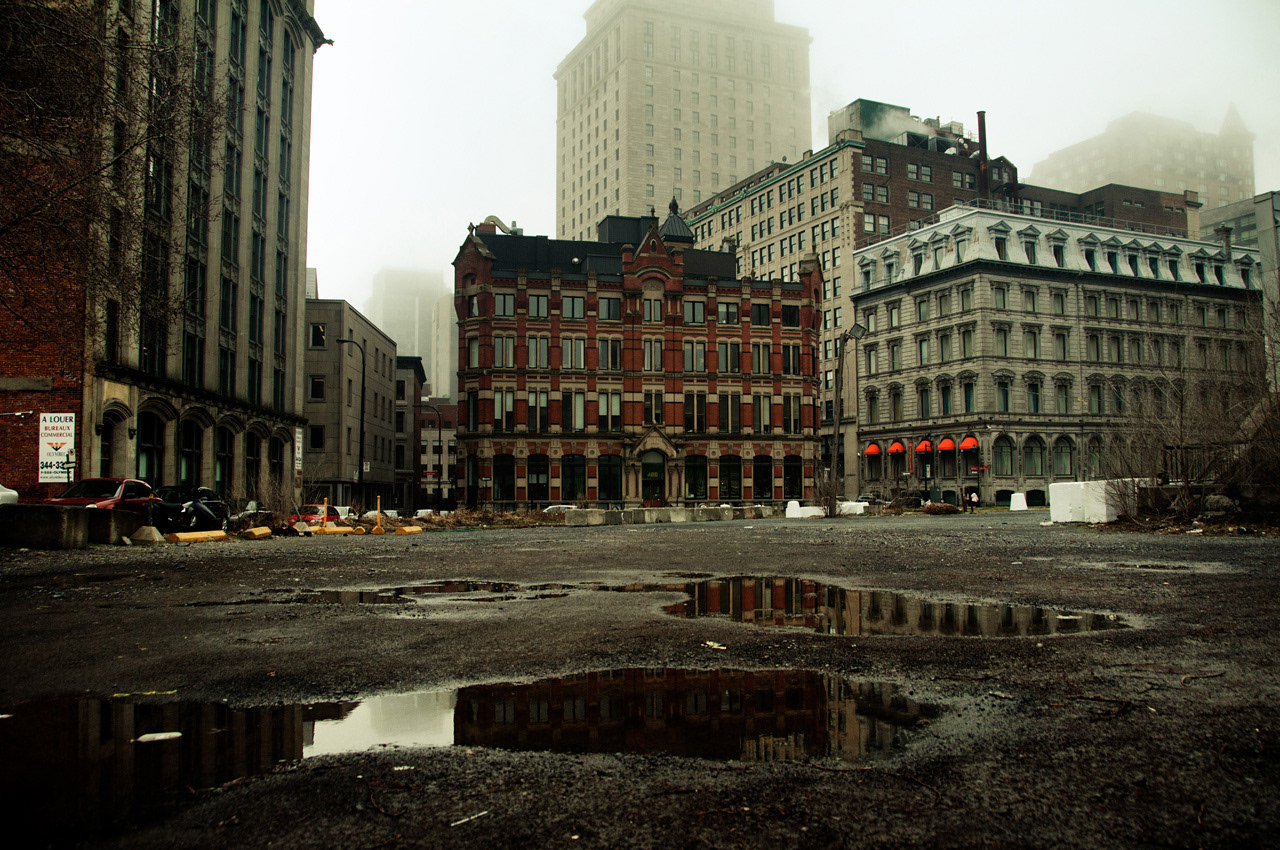 So it's a little less than a year since I left Montreal. I think about it often. I remember the streets, the detachment and the fantasy of its people, I remember sensations experienced by photographing while I wanted to achieve a poetic of the city and remoteness, an American ballade in short. I worked at night in the emergency room of a big hospital, I was a nurse, I still am. We lived with my partner and our two daughters, the cosmopolitan Mile End neighborhood, a few blocks nestled between Park Avenue and Saint Laurent Boulevard. To the north, two black lines in the snow followed by trains of the Canadian Pacific Railway; to the south, the narrow alleys of the plateau. The city that, from then on, I began to photograph became confused with my childhood dreams, when I imagined, sitting in the darkness of a movie theater, what it meant to live in America. The kids from there reminded me of those populating my childhood in France, the seasons mingled with my memories - the winter whiteness of the « Aubrac », a clear river, the eddies of the St. Lawrence. Today, the clearest feelings that remain in my memory are probably those of my winter mornings. I was leaving the hospital, imbued with the smell and mood of others, in the icy cold. there was no more perfume. I remember empty and white boulevards, snow falling slowly, silently, I loved photographing those moments. It's a strange thing to discover a city working at night, in emergencies. I had the feeling that, in this way, there could be no lies, we stayed there as close to our weaknesses, curled up in the shadowy part of the walls of the city.The title of this series "early sunday morning" is borrowed from Edward Hopper 1930 painting, preserved today at the Whitney Museum in New York. I authorized this loan because Hopper's painting touches me, but also because Sunday is a day in my particular sense, a silence in the measure, a small death. Beyond a geographical representation of a very limited space, this photographic series is also a window with a view of the interior, because a photography remains a mirror."Early sunday morning" is finally the testimony of the moving character of the city, because as our face which will grow over the years, the city constantly changes, dies and is reborn. From this movement of atoms, fragility of the city, I extracted two years.Silence to the measure, there too a little death.

DRAW ME A WALL

SAISONS NOIRES
↑Back to Top